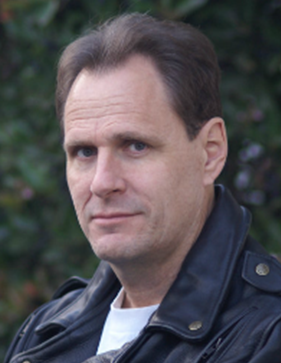 M.C. Planck is the author of the science fiction novel The Kassa Gambit, and the World of Prime fantasy series of novels.

After a nearly-transient childhood, he hitchhiked across the US and ran out of money in Arizona. So he stayed there for thirty years, raising dogs, getting a degree in philosophy, and founding a scientific instrument company. Having read virtually everything by the old masters of SF&F, he decided he was ready to write. A decade later, with a little help from the Critters online critique group, he was actually ready. He was relieved to find that writing novels is easier than writing software, as a single punctuation error won’t cause your audience to explode and die. When he ran out of dogs, he moved to Australia to raise his daughter with kangaroos.

You have a new novel coming out very soon, Sword of the Bright Lady, the first in a series and due out in September. What can you tell us about this new fantasy series?

Publishers’ Weekly described Sword of the Bright Lady as a tale of modern idealism in a gritty medieval world, which is quite perceptive. I didn’t set out to do that – I just wanted to write an adventure story – but by putting a modern person into a classic fantasy world, it was necessarily unavoidable. At least for me.

When I started playing Dungeons and Dragons, I was outraged to discover that unleveled people – that is, ordinary mortals – were effectively scenery. They existed to be eaten by monsters and rescued by heroes. I spent a lot of games trying to change that political equation, much to the consternation of the other people at the gaming table. The protagonist of my book, being a modern educated person, has the same reaction I imagine all of us would have to realities of medieval fantasy life: shock and a good dollop of horror, along with a powerful desire to change things. In addition he has to survive nefarious plots and hideous monsters, of course.

My definition of SF is “real people in an unreal world,” meaning you change the laws of physics and see how people would adapt; and F is “unreal people in a real world,” meaning the story is about archetypes rather than individuals. By that standard, Sword of the Bright Lady is actually an SF book despite the presence of swords, magic, and (eventually) dragons. It’s not so much a story about the Hero’s Journey as it is a story about WTF what if magic was real?

Presumably, your next few books will be sequels to Sword of the Bright Lady. Do you have any other writing plans after that?

I am working on an SF about a super-intelligent dog. It’s also kind of a Greek tragedy. Eventually I would like to write a sequel to The Kassa Gambit, because there are some threads in that book that lead to interesting places.

What Australian works have you loved recently?

I am going to take a huge cheat here and admit that the last Australian books I was really over the moon about are Song of Scarabaeus and Children of Scarabaeus. In fact, I liked the first draft of Song so much I married the author.

Have recent changes in the publishing industry influenced the way you work? What do you think you will be publishing/writing/reading in five years from now?

The publishing world is changing a lot, but people still want to read stories, and for the most part they’re still willing to pay for them, so I am pretty sure I will still be writing in any conceivable future. The biggest effect of the new marketplace is that none of my books will ever come out as mass market paperbacks. That space has been taken over by ebooks. I grew up reading paperbacks I could put in my back pocket, and I am a little disappointed that I’ll never write one.

As for 5 years for now, I hope to still be writing various stories in the world of Sword; that entire book is from a single person’s perspective, and yet there are so many other interesting viewpoints and adventures. I also want to write an Elizabethean romance about giant ants, but my agent gives me funny looks when I bring that one up.