Paul Collins has written many books for younger readers. He is best known for his fantasy and science fiction titles: The Jelindel Chronicles (Dragonlinks, Dragonfang,Dragonsight and Wardragon), and The Quentaris Chronicles – co-edited with Michael Pryor – (my own novels in the series being Swords of Quentaris, Slaves of Quentaris, Dragonlords of Quentaris, Princess of Shadows, The Forgotten Prince, Vampires of Quentaris and The Spell of Undoing). He has also written The World of Grrym trilogy with Danny Willis. His trilogy The Earthborn Wars was published in the US by Tor. His latest book is Rich & Rare, an anthology of Australian stories and poems. The Beckoning is his first adult horror novel.

Paul has been short-listed for many awards and has won the Inaugural Peter McNamara, Aurealis, A Bertram Chandler and William Atheling awards.

Paul is also the publisher at Ford Street Publishing, a children’s specialist publishing everything from picture books to young adult literature.

Ford Street Publishing has been running for just under a decade now, and is thriving long after many other presses have disappeared. What do you think are some of the reasons for its success? What are some of the highlights so far?

I think persistence is the key. When I first published Void in the 70s, a great many other magazines came and went. I was determined to be in it for the long haul. I would have continued to publish adult SF & F had my distributor not disappeared on me along with money and all of my stock. I started publishing again when Macmillan Distribution Services said they would distribute books if I published them. That was in 2007. Highlights for me are three anthologies that I edited for Ford Street Publishing: Trust Me!, Trust Me Too and Rich & Rare. I now have a warehouse and office space, so Ford Street Publishing is gradually expanding. 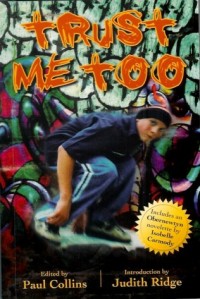 In past interviews you’ve talked about the importance of writers being able to handle public appearances, and you’ve also established the Creative Net Speakers’ Agency. Why do you feel this is so important for writers, and what advice would you give to writers who struggle in this area, or simply want to improve on this aspect?

I had to go to Toastmasters to get over my fear of public speaking. I remember going to the launch of the Moonstone series that HarperCollins published. Garth Nix hadSabriel in the first three books, and I think Cherry Wilder had The Luck of Brin’s Five. Anyway, my book The Wizard’s Torment was in the next three. I remember my heart suddenly palpitating because I suddenly realised the publisher, Cathy Tasker, might suddenly call me up to say something at the launch. She did, but it was just to bow to the audience. After, a speaker’s agent came up to me offering to represent me in schools. I hastily declined and made good my escape. I realised right then I had to fight this aversion to public speaking if I were to succeed as an author. Toastmasters accomplished this for me. Since then, I’ve spoken to literally thousands of students about my books, and sold many thousands of books because I can now promote my work to students. It also gave me much-needed confidence. 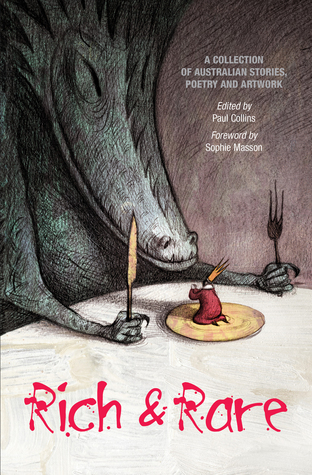 As well as a publisher and editor, you’re also a prolific and successful author in your own right. What are you working on at the moment?

I’ve just had three plays published with Pearson. Meredith Costain and I have also collaborated on two short story collections for Scholastic. They will be for six and seven year-olds and will be published in February 2017. Other than that, I’m working on a fifth Jelindel book, but this one will be something like the “missing chronicles”, so a short story collection. One story is a novella. I’m aiming at around 80,000 words, but I think it’s going to take me another year or so to finish it. I’m also re-working a novel called The Dog King. Its reincarnation is Harry Hobbit’s Diary. This one is almost finished so hopefully will be published next year.

I can only take time to read the books that I’m publishing. So right now I like a book that Jack Wodhams and Adam Wallace wrote called The Vanilla Slice Kid. It’s quite whacky. I also like a picture book that I’m publishing next year called Ready, Steady, Hatch! by Ben Long and DM Cornish.

My old friend Jack Wodhams. What a lovely bloke he is. He was always supportive of my publishing and was always sending me novels and stories when he could’ve easily sent them to bigger publishers. Sadly, he has Parkinson’s and is in a nursing home. If I had a magic wand I’d point it his way and rid him of this terrible disease. I just loved his novels and stories back in the 70s and 80s. He’s the sort of author I know I would never tire of talking to.