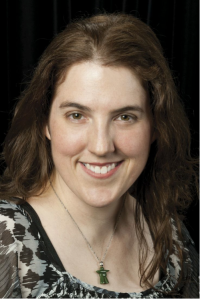 Shauna O’Meara is a Ditmar-nominated artist, writer and veterinarian based in Canberra, Australia. She was a winner of the 2014 Writers of the Future contest and is currently a finalist in the Arizona State University (ASU) Climate Fiction Story Contest, judged by Kim Stanley Robinson. Her short stories have appeared in Writers of the Future, Cosmos Magazine, Midnight Echo, Worcester Journal and several Australian anthologies, including CSFG Publishing’s Next and The Never Never Land and the 2016 FableCroft anthology, In Your Face. Publications due out in 2016 include Cosmos Magazine, Sci Phi Journal, the Let Us In anthology by Time Alone Press and the Pushpin Books anthology Last Outpost. Shauna has contributed cover and/or interior art to several Australian anthologies including: In Fabula-divino, Cthulhu: Deep Down Under, Gold Coast Anthology: Undertow, Andromeda Spaceways Inflight Magazine 61, Winds of Change, Next, The Never Never Land and Canadian publisher Lackingtons.

Her work and links to her art portfolio can be found at: www.theshaunacorner.wordpress.com

In 2014, your science-fiction short story “Beneath the Surface of Two Kills” placed second in the third round of Writers of the Future. How did this experience affect your writing, both in terms of your career and your craft?

“Beneath the Surface of Two Kills” was sent to Writers as a feedback exercise that ended up turning out really well. I had already sent the story to Clarkesworld Magazine which had responded with a lovely personal rejection telling me my work was close. The next pro market I subbed to, however, had rejected it with brutal feedback, leaving me with the quandary of is this good or isn’t it? I sent it on to Writers of the Future as a means of answering that question and finding out whether my writing was in the ballpark because, as a contest for new writers, I figured the judges might be able to tell me if I had potential. I’d hoped to maybe get long or shortlisted, but I never expected to become a finalist.

Writers of the Future was an incredible experience. I got to go to LA (which was eye opening in and of itself for a girl from the bush) and attend masterclasses with many successful writers in the science fiction and fantasy field including Robert J Sawyer, Doug Beason, Dave Farland, Tim Powers, Orson Scott Card, Nancy Kress and Kevin J. Anderson. The classes gave me loads of pointers on how to make my stories better and also tips on how to navigate the industry as a professional. The trip also gave me the opportunity to have fun and network with professionals that I would rarely get to encounter in such a setting in Australia.

From a career perspective, the contest hasn’t given me instant story acceptances. It is not a case of putting Writers of the Future on your cover letter and suddenly your story is accepted because of the contest’s association with rising names like Ken Liu or Patrick Rothfuss. I still have to put in the hard work and research.

Where the contest has helped to give my career a boost is with self-belief. I grew up in a household and a town where people don’t make their living from art or writing – they get real jobs that pay a regular income because there is no safety net for failure (a risk with the arts). Getting external validation from people making a career of the very thing I have always wanted to do has given me the confidence to submit my work to US pro markets and to contests like the Arizona State University contest and the drive to really throw everything I have at making this my profession.

As well as being a gifted writer, you’re also a talented artist. How do the two creative outlets influence and interact with each other?

That’s a hard question. I have always done both with little thought for how the two sides co-habit my brain and creative space.

I frequently create art and written work in isolation, as needed by the project at hand; however the two sides definitely interact creatively, in that I always need to have a clear image of a character or place in mind before I can write about it. If I am totally stuck for location or I am trying to figure out problems that could arise for characters living or trapped within a partly realised setting, I will often draw a sketch of the space I am trying to depict. By drawing the surroundings, I can mentally cement the content and layout of a space, which then helps me to pose story and character questions like “Where would this character hide a key?” or “If this wall collapsed, would the house stay standing?” or “If soldiers barred this door, is there another way out?” or “Would this character really own a camel-hair rug?” Oftentimes, this art process reveals big deficiencies with the proposed plot or informs me that I haven’t researched the space in enough detail to let the story flow (which is always handy to find out sooner rather than later).

Certainly, my general fondness for art, architecture and landscaping bleeds into my stories. I will often get story ideas from other artists’ styles and pieces and from the natural and constructed world around me. I am a complete architecture die-hard: I love knowing how and why buildings and spaces come to take on the forms they inhabit.

One cool thing I’ve found about being a creator of both visual and writing forms is that they seem to inhabit completely different spots in the brain. Whenever my writing brain or my art brain is out of steam, the other side is usually ready to go. What this has meant from a practical perspective is that if I have both writing and art projects on the go, I can usually spend the morning writing and, after the writing mojo has become exhausted, change to art in the afternoon. It’s a good way of remaining productive in the face of fatigue.

I guess the ultimate synergistic combination of art and writing would be graphic novels and that is definitely something I would like to pursue in the future. I have a short comic due out with Jason Fischer and Mark Farrugia in the next edition of Midnight Echo and its creation was definitely a process I found enjoyable.

Are there any themes that you find recurring in your writing or art? What inspires you?

Destruction of nature and wilderness is often at the forefront of my writing. I have always considered animals, plants and ecosystems an incredible gift and the very best this world has to offer and the fact that we as a monospecies think it is our right to destroy the habitat and erase the existence of other lifeforms that share this blue dot with us is utterly criminal. As such, much of my writing focuses on themes of current and near future humanity and its interactions with and impacts upon the natural world.

The novel I am currently working on, which will hopefully be the first one I can get published, is a climate change novel. With orangutans.

I drew the following image to accompany the release of To Look Upon a Dream Tiger in The Never Never Land anthology. It ended up being a depiction of the clash between nature and humanity, and the images-left-behind-once-all-the-animals-have-gone, that my work often tends to explore and so it became my website header.

There is so much good stuff out there at the moment; Australia is definitely punching above its weight in the speculative fiction and art stakes.

I’ve been studying this year and so my novel reading has sadly been lacking on the home front. On the graphic novels front, I really enjoyed The Deep by Tom Taylor (it’s so … happy!) and Changing Ways by Justin Randall (exquisite art). I’ve also been enjoying the stories in Fablecroft’s In Your Face anthology, if enjoyment is the correct sentiment for so confronting a collection.

I hope to have more time for reading in 2017. The upcoming work I am most excited about from the Australian front is Thoraiya Dyer’s Crossroads of Canopy and Cat Sparks’ Lotus Blue.

Excluding my friends who are established or developing writers and who would be loads of fun to sit next to on a long plane trip, I would have to say Kim Stanley Robinson and Paolo Bacigalupi (because my plane would be one of those planes with the three rows of seats down each side). That way I could just bask in the awesomeness of them espousing all about climate change and science and solutions and ask loads of questions about their research and writing and their professional opinions on the varying degrees of accuracy of climate disaster films.

Also, I would ask Kim how one goes about getting an asteroid named after them.