Alison Goodman’s latest novel is Lady Helen and the Dark Days Club, a delicious mix of Regency adventure and dark fantasy. The second in the series, Lady Helen and the Dark Days Pact, is due out December 2016. She is the author of four other books including EON and EONA, a New York Times bestselling fantasy duology. Alison has won the Aurealis award for Best Fantasy Novel (EON) and for Best Young Adult novel (Singing the Dogstar Blues), and was the D.J. O’Hearn Memorial Fellow at the University of Melbourne. She is currently writing the third novel in The Lady Helen series. 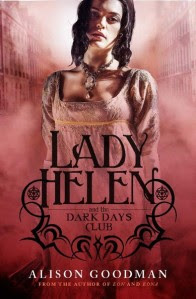 Your current series, Lady Helen, has the second book The Dark Days Pact currently due in December 2016. The first book, The Dark Days Club has been successful with the regency aspect making it so hard to put down. What can we expect to see in the second book, and what have you been using for inspiration?

Lady Helen and the Dark Days Pact hits the ground running. It is July 1812 and Lady Helen and her Dark Days Club comrades are at Brighton during the summer social season. Helen is trying to overcome her genteel upbringing to become a warrior in order to face the Grand Deceiver, while Lord Carlston struggles to overcome the growing darkness in his soul that threatens his sanity. Mr Pike, the hard bureaucratic heart of the secret Dark Days Club, arrives at the sunny seaside town with a mission for Helen that she cannot refuse – a dangerous task that will force her to betray her friends and possibly bring about the annihilation of Lord Carlston.

So, another fun-filled social season for Lady Helen, full of promenades, dancing, and deadly demon hunting!

The inspiration for the series comes from my love of Jane Austen, Georgette Heyer and Buffy (in her demon slaying mode—no vampires in my Regency England). When I was developing the idea of the Lady Helen books, I asked myself what kind of Regency novel would I want to read? The answer was a Regency supernatural adventure with a dash of dashing romance that was also historically accurate. Lady Helen is a woman of her time, not a modern woman dumped into a drawing room, and her dilemmas are created by the constraints of her society and her place in it. I researched the Regency for over 8 months full-time before I started writing the first book and I’m constantly researching as I go along. My workspace is full of newspapers from 1812, diaries from the period, ladies magazines, and history books that delve into all aspects of Regency life. Everything I read from and about the era inspires me and I love trawling the web for paintings and illustrations from the 1800’s. I am also inspired by the many film and TV adaptations of the Austen books, history documentaries, and anything by Joss Whedon for his delicious mix of adventure, drama and beautifully timed comedy. 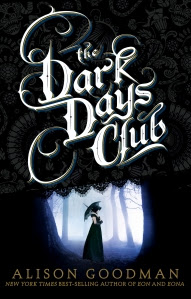 It’s sometimes rare that we get a duology in the fantasy genre. Eon and Eona (also titled under Two Pearls of Wisdom and The Necklace of the Gods) are such that work perfectly. Was this always the plan for these characters, or do you have future ideas for the world in general?

From the beginning, the Eona series was always set up as a duology to follow the transformation of the main character. Frankly, at the time, it was also easier to sell a duology to a publisher than a trilogy. Having said that, I also knew that the world and the characters could expand out into more books if I wanted to follow that road. Eona, the second book, was published in 2011 and it is only recently that I have developed a storyline that I think is strong enough to follow those initial two books. So there is now a good chance that there will be a third Eona book.

What’s something that you’re currently excited about? Is it something you’re working currently, and/or something else in the speculative fiction community that you want everyone to know about?

I’ve recently been having a ball writing a rollicking Regency adventure called The Benevolent Society of Ill Mannered Ladies for a collection called And then…the Great Big Book of Awesome Adventure Tales that Clan Destine Press will be publishing digitally later this year. I’m also deep into writing the third Lady Helen book and having a wonderful time recreating 1812 Bath in winter with all its Christmas (and demonic) delights. 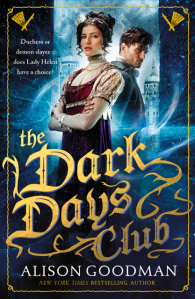 Who’s Afraid? by Maria Lewis, a wonderful modern werewolf tale. The Big Smoke, by Jason Nahrung, which is Book 2 in a brilliant vampire series set in contemporary Queensland. I’ve also been lucky enough to get an advance copy of The Book of Whispers, by Kimberley Starr, which recently won the Text manuscript prize and brings together the Crusades and demons.

I’d like to sit in a middle seat so that on one side I would have Blake Snyder (now sadly deceased), the writer of the excellent “Save the Cat” scriptwriting books so that we can discuss the finer points of story construction. Seated on the other side, I would like Stephen Fry, because…well, Stephen Fry! Plus he is also a big Georgette Heyer fan and we can natter about reticules, daffy clubs, and bang up coves.