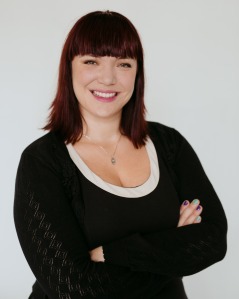 Catherine S. McMullen is an award-winning Australian writer whose feature script The Other Lamb made the 2017 Black List, Blood List and Hit List, premiered at TIFF 2019 and was released in the US by IFC Midnight in April 2020. She recently completed a writers’ room for a new upcoming Netflix series, and was a writer and consulting producer on Two Sentence Horror Stories for The CW and Netflix. With a prolific slate of projects, Catherine has sold pilots to major US networks and streamers and has a horror feature in development with an A-list producer.

My debut horror feature film The Other Lamb was just released in April in the US – it premiered at Toronto International Film Festival last year, and then played at various other festivals like BFI London and Fantastic Fest in Austin. It was actually based on a short story that was published in Aurealis Magazine a few years ago, so it’s been really nice to see it come all the way from a story to a feature film.

I also co-wrote an episode of Bloom S2, with creator Glen Dolman, which is currently on Stan – Bloom is about people who find a way to be young again, and how it affects their relationships and lives. I also recently created and executive produced Parked with Princess Pictures in Melbourne, about teens forced to work in a haunted themepark, starring Australian YouTuber Wengie.

I’d say for me, it’s still hard to go past having my first few short stories published – while I’ve mostly moved away from prose writing now, as I’m kept pretty busy in film and tv, the stories I wrote that were published in Aurealis, Interzone and Nightmare Magazine are still incredibly important to me. Screenwriting is fundamentally a collaborative art form, with lots of people working together to make a script happen – while obviously prose writers work with editors and publishers, what’s on the page is very much yours, for better or for worse.

In terms of my film career, being on the red carpet at Toronto International Film Festival for my film’s premiere was pretty surreal and incredible too – definitely made all the years of hard work worth it!

Aside from my familial bias towards my Australian science-fiction and fantasy author Sean McMullen, I’ve been reading and watching a few things by Australian creators.

The Unlisted is a great Australian teen genre show on iView (Australia) and Netflix (International), that just won the prestigious Prix Jeunesse International Award for Best Fiction (11-15); the Netflix sci-fi film I Am Mother was written and directed by WA creator Grant Sputore, and was all shot in South Australia; The Commons is an Australian show about climate change on Stan (Australia), created by Shelley Birse.

On the fiction side, I haven’t been reading nearly as much as I should – but I’ve just started Monstrous Heart by Claire McKenna, which I’ve been enjoying immensely, and meets all of my magic / sea-monsters / romance needs.