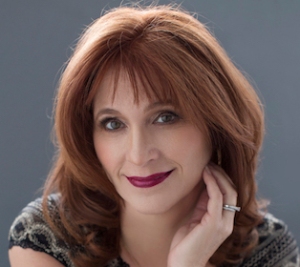 Multi-award-winning author Jean Gilbert moved from Virginia, U.S. to New Zealand in 2005, and has since called the Waikato Valley (the Shire) her home. Jean’s latest work, co-authored with William Dresden, is a modern YA fantasy called Light In My Blood, the second novel to the Beyond the Wall series. Jean’s science fiction novels: Shifters, Ardus, and The Vault from The Vault Agency Series are published by Rogue House Publishing. You can find her short story “Blonde Obsession” in Baby Teeth: Bite Size Tales of Terror published by Paper Road Press, and SJV short story finalist “Pride” in Contact Light Anthology. Jean works in close association with Alessi Films, writing screenplays for promotional advertising and television, plus full-length Rom-Coms and thriller films. Jean is also involved in mentoring young writers through nationwide writing competitions in coordination with Young NZ Writers called Write Off Line for Secondary students and Beyond… for Intermediate students. She also runs the SpecFicNZ Central meeting – a diverse group of science fiction, fantasy, and horror writers. www.jeangilbert.com

I’ve had a busy year. I’ve released two new novels within six months of each other. I’ve also written several Rom-Com (romantic comedy) scripts and am working on a commission at the time of this interview.  All these projects couldn’t be any more different.

I used to classify myself as a science fiction writer. But when William Dresden asked me to collaborate a Young Adult series, I have branched into other genres. The second book of the YA Beyond the Wall series called Light in My Blood was released late 2019, a continuation of the story from Light in My Dark. William and I are happy with the results and have started writing the third book in the series.

We are excited that Light in My Blood has been shortlisted for a Sir Julius Vogel Award in early August. The first book in this series won the award in 2017, so I am hopeful this one will also place.

In March 2020, The Picasso Mirror was released – an intimate look at Face Blindness.  I never thought of writing a non-fiction book, but the subject sits close to my heart since I fall high on the spectrum. I don’t even recognize my own face. Can you imagine that? The book comes from my perspective, but also includes perspectives of others who have known me. The book is intimate and informative and gives hope to others who struggle with barriers in their life, seen or unseen.

I fell into screenwriting. It never entered my mind to learn the craft until a producer who read my short story Pride contacted me to write a ten-page science fiction promotional script. Now, I am writing feature-length scripts. The screenplay I’m working on right now is based on a true-life story about a Greek girl’s coerced adoption. That’s all I can tell you about that one. I’m also writing another Rom-Com screenplay. That makes three writing projects going at once – the third YA novel, the drama script, and the Rom-Com script. To say that I am busy is an understatement. It’s a good thing that writing is my passion.

The best publishing experience: I’ve had two. I already mentioned the first one  – the producer reading my short story and liking it so much that he wanted to work with me. He gave me minimal direction on what he was looking for, just something between Firefly and Star Wars. (I love both.) It started as a ten-page script. A page is a minute in screen time. I wrote one scene. He loved it and wanted more. Ten pages became twenty. He showed the finished script to the second director of Agents of Shield, who loved it, and was told to make it into a pilot. You have to remember, at this point, I had no idea what I was doing. But I never say no and knew this was an opportunity of a lifetime. I freaked out for a few moments and then got to work. Remember, this all came about from the Pride short story that had gotten published.

The second best publishing experience is more recent. Since The Picasso Mirror was released, I’ve had so many people contact me about how much they loved the book and how fascinating they found the subject. Some are people who’ve known me for years, and others are complete strangers. I’m grateful that the book moves people. That was my goal. There isn’t much information out there about Face Blindness.

If you enjoy horror, then, Lee Murray is the author you should be reading. She won hordes of awards. You can start with her novel Into the Mist. Lee uses New Zealand and some of its lore as the backdrop if you’re looking for a cultural experience. Of course, there is action and… a monster? You’ll have to read it to find out.