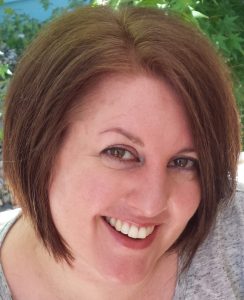 Leife Shallcross is a hopeless fairy tale tragic. Ever since she can remember, she has been fascinated by stories about canny fairy godmothers, heroic goose girls and handsome princes disguised as bears. She’s the author of the novel The Beast’s Heart, a retelling of Beauty and the Beast. She’s also written a bunch of short fiction, which has been published in Aurealis, Daily Science Fiction and several Australian and international anthologies. One of them, “Pretty Jennie Greenteeth”, won the 2016 Aurealis Award for Best Young Adult Short Story. In 2018, co-edited an anthology of short Australian science fiction, fantasy and horror stories, A Hand of Knaves. She is always working on more new novels, just probably not the ones she should be working on.

I’ve been spending most of my writing time over the last couple of years working on novel projects. But I write novels really slowly! Which is frustrating, but it is what it is. I’ve got another standalone fairy tale reimagining in the works – this one riffs off Cinderella. In my story Cinderella is a mechanical genius with maybe a smidge of magic who has faked her father’s death in order to help him get out of his unhappy marriage to her horrible stepmother. But things don’t go exactly to plan and she gets tangled up in a plot against the throne, or three. Think Cinderella meets Die Hard. With a bit of Hugo thrown in for good measure.

I’m also working on another project which is the start of a series set in 18th Century London, but with angels and demons and magic. This one is a bit of a love letter to all my favourite Georgette Heyer romance tropes, so it’s full of cross-dressing heroines, dissolute viscounts, runaway heiresses, ailing ingenues, and scheming, lecherous gamesters. Plus, you know, angels and demons. And murder.

I have managed to squeeze in a few short stories here & there, and I have a couple coming out in the next little while – both fairy tale themed, as it happens! The first one will appear in the forthcoming CSFG anthology, Unnatural Order, and is a rather nasty mashup of a couple of popular princess tales featuring my favourite kind of monster.  I have a much nicer modern Australian fairy tale in the Australian Fairy Tale Society anthology, South of the Sun, which is due out in March 2021. This one is all about the power of aunties in our lives (both the blood-relation and the ring-in kind.) 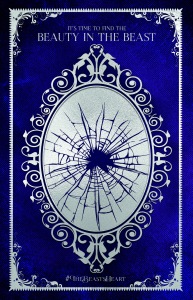 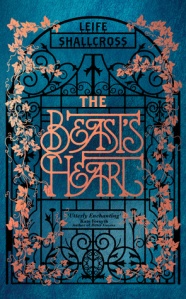 It’s pretty hard to top my novel publication story, really. Although winning the Aurealis for Pretty Jennie Greenteeth was also phenomenal and remains a singular high point in my writing career. That was more a moment in time though, whereas the story behind having my novel published is kind of a whole fairy tale in itself. The Beast’s Heart was picked up by Hodder & Stoughton in the UK from their 2015 open submissions window. They received almost 1500 subs and only called in 8 manuscripts. Mine was the only novel they went on to publish however, which I still have trouble wrapping my head around. I can’t speak highly enough of the publishing team at Hodder – they’ve been a dream to work with and really looked after me. They created the most sublime covers (the shattered mirror is the ARC and the ivy-tangled gate is literally my dream-come-true cover). Then, just to top off the whole first novel publication experience, my favourite high school English teacher turned up at my book launch in Canberra & came up to me afterwards to ask if I knew who he was (like I’m ever going to forget, Mr Foulcher!!!). He used to run my high school creative writing group & was pretty instrumental in me realising I wanted to be a writer, so it was enormously satisfying being able to sign a copy of my book for him!

Not that I’m biased or anything, but the CSFG anthologies are a fantastic place to start to get a flavour of who’s who in Australian spec fic. The last one was A Hand of Knaves which I edited with Chris Large back in 2018, but they are about to release the next one, Unnatural Order, which is being edited by Alis Franklin and Alyssa Wickramasinghe. These anthologies are a great place to find out who the up-and-coming Australian SFF writers are. They’ve given many of us (including me!) our first publication credit, and if you look at the early ones, the table of contents are a veritable who’s-who of some of the biggest names in Australian spec fic today. So not only are they full of some great stories, they definitely give you a heads-up on who to keep an eye out for in the future.