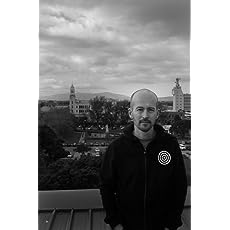 Sean Monaghan is a New Zealand writer who has lived around the world in the U.S., Australia and Belgium and is currently living back in New Zealand. Sean has published several novels, including the near-future thriller Rotations, as well as over a hundred short stories. As well as writing Sean tutors in a university creative writing course and works as a librarian.

I have a current story “Marbles” in Asimov’s, which is a novella set in the Art Worlds of Shilinka Switalla, following two others in Asimov’s over the last few years – “Ventiforms” (which has been optioned for film), and “Crimson Birds of Small Miracles” which in 2018 won both the Asimov’s Readers’ Poll and the Sir Julius Vogel Award for Best Short Story. Earlier this year I had as story “One Hundred” in Analog, and I have two more forthcoming stories there. It’s exciting to have stories in Analog as its focus and readership is somewhat different to Asimov’s.

My indie publishing trickles along. I have a new YA series – “Matti-Jay and Dub Adventures” – Book 1 Good Ship Hartford came out earlier this year, Book 2 Pirates will be out in August, and Book 3 The Great Wall of Endemo will be out, hopefully, before Christmas.

I’ll always come back to when I was still at university and had submitted a story to the university’s literary journal Musings. At the end of the year, I received a copy in the mail, with my story in it. For whatever reason there had been no acceptance letter or anything, just the arrival of the journal in my letterbox. The feeling was awesome. I’d wanted to be a ‘writer’ for so long, and here was the validation; the proof that I could do it. Oh, squeezing in a second one; taking and sharing a photograph of my Sir Julius Vogel trophy on top of all of my rejection slips (which I’d kept). Over 500 of them. That was for me about the value of perserverance.

Andi Buchanan’s From a Shadow Grave. Andi is a remarkable writer and keeps getting better. I really recommend this one.