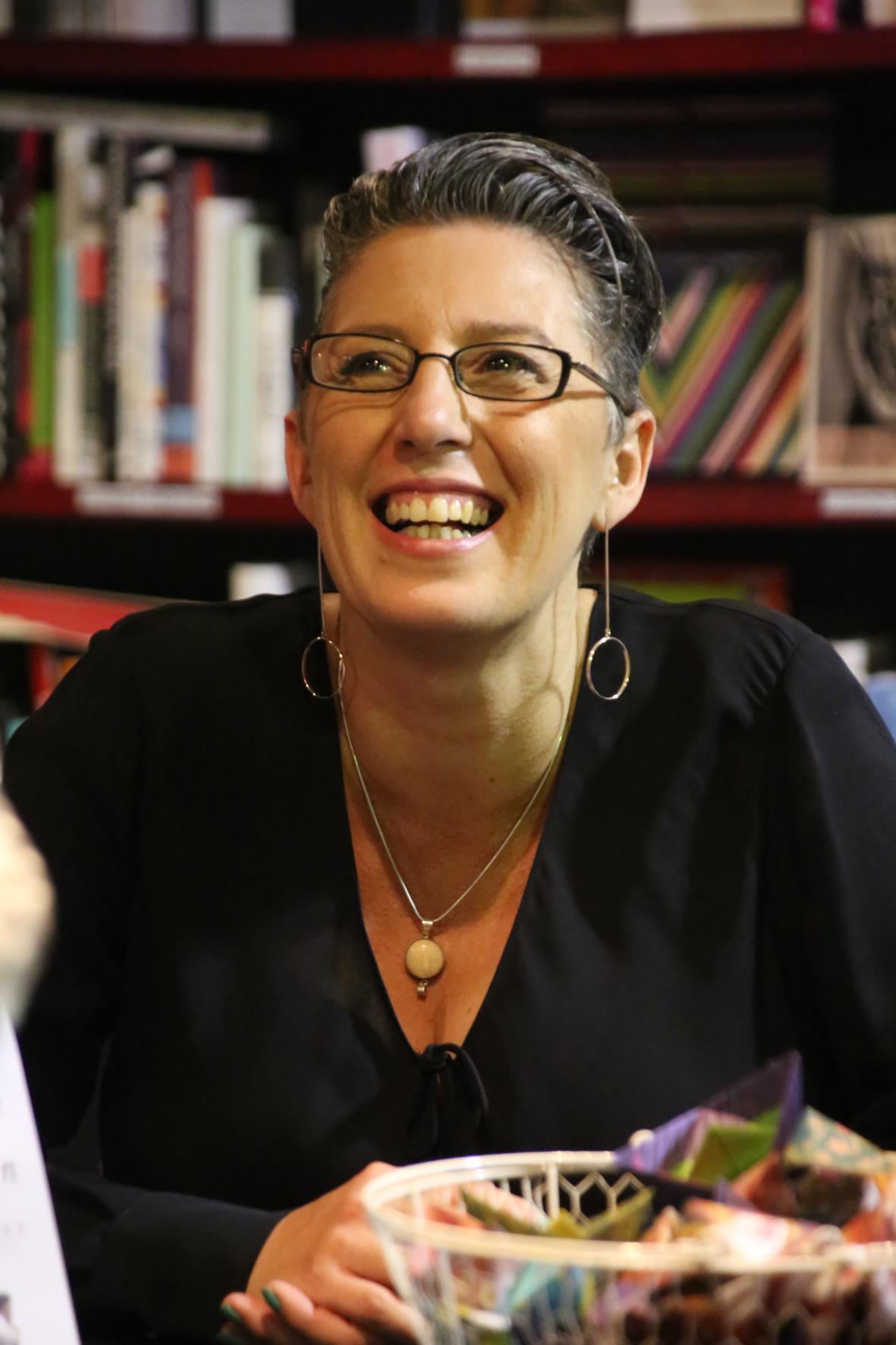 Nike Sulway  is the author of the novels Dying in the First Person, Rupetta, The Bone Flute, The True Green of Hope, and the children’s books What The Sky Knows and Winter’s Tale. Her works have won or been shortlisted for various awards, including the Children’s Book Council Awards, the Aurealis Awards, and the Queensland Premier’s Literary Award. She was the first Australian to win the James Tiptree, Jr. Literary Award for a work that explores and expands our understanding of gender (for Rupetta). Nike is Senior Lecturer in Creative and Critical Writing at the University of Southern Queensland. She blogs irregularly at perilousadventures.net

My most recent book publication is a book for young readers, Winter’s Tale, with amazing illustrations by Shauna O’Meara. It was published by Twelfth Planet Press late 2019. The book focuses on a gender non-binary main character, Winter, who has been in the foster system and not yet found the perfect fit for them as a family. In the book, they meet a new family, and a new home in a very strange and magical city where the streets rearrange themselves each night, and a blue hare follows Winter wherever they go.

I’ve also been working on a series of fairy tale works—both the novel that I just can’t seem to find time to finish, and a series of short stories and poems. A couple of the shorter works have been published. A comic poem that’s an older woman’s riff on Puss in Boots (A Song from Bedlam, published in Liminality), and a short story that’s based on the ‘Iron Henry’ character from the Grimms’ ‘The Frog Prince’—a character many people don’t even remember from the traditional tale. ‘The Frog’s Prince; or, Iron Henry’ came out in Interzone #282.

Hmmm … what else? Some other less speccy things, including a poem inspired by the deaths of my father and my father-in-law (they passed within three days of each other), which was included in the ‘Monster’ edition of Cordite (All the things I kept).

I’ve been really lucky to have had some wonderful publishing experiences, though even the more challenging ones have offered me opportunities to grow as a person, and as a writer. One of the best experiences I’ve had was working on Winter’s Tale with the folk at Twelfth Planet Press. I was extraordinarily flattered to be chosen to write the first book for their new imprint for young readers (Titania), and thrilled when Shauna was brought on board to do the illustration work. From the very first email, it was a pleasure working with a team of creative, generous, warm, funny, and passionate writers and readers. Everyone involved in the project was dedicated to making a beautiful book that really pushed the boundaries of children’s writing. I’m enormously pleased with the book that came out of that process, and partly because the process itself was such a rich one. I also have to say that one of the pleasures of working with the publisher’s team on that book was how open they were—how enthusiastic—about writing a book about queer people for young children. It was wonderful to work with a publisher with a coherent passion for celebrating diversity.

I loved Kathleen Jennings’s Flyaway: her debut novel published recently by Tor. The writing is exquisite, and what’s not to love about discovering the magic at work in rural Australia? I adored Lisa Hannett’s recent short story collection, Songs for Dark Seasons. So many wonderfully strange, immersive, and vivid tales of magic, swamps, curses and kisses. I’m also really excited about the work Kirstyn McDermott submitted as part of her recent PhD, for which she wrote a series of fairy tale sequels: novelettes that focus on collaborations among women characters. One of the stories, ‘Triquetra’, came out at Tor.com a little while ago: it’s a perfect, dark, delicious sequel to the Grimms ‘Snow White’.