Amanda is a Tin Duck Award winner, an Aurealis and Ditmar Awards finalist and author of several science fiction novels. Her latest novel, The Subjugate (Angry Robot Books) has been optioned for TV by an Oscar and Golden Globe nominated production company.

Born in Geraldton, WA, she moved to Perth to study film & television/creative writing at Murdoch University, earning a BA in Communication Studies. Perth has been her home since, aside from time in London where she undertook Film & TV ‘Extra’ work. She was a finalist in the Universal AU/Screenwest Pitch competition (2019) and a finalist in the AACTA Regional Landscapes Pitch in partnership with Screenworks (2020).

She has the following works due for release: The sequel to The Subjugate, The Sensation (October 2020, Angry Robot Books), novel Pandemic: Patient Zero (2021, Aconyte Books (UK), and a short story in the Warhammer 40K universe (Black Library).

Although I’ve been working solid for the past 18 months, the last novel I released traditionally was The Subjugate in November 2018 (I also self-published Aurizun – Aurora #8 in January 2019). I was due to release my novel with Aconyte Books – Pandemic: Patient Zero this June, however COVID-19 had other ideas, so this has now been pushed back to 2021. I was also due to release a short story in the Warhammer 40K Universe in June, however thanks to COVID-19 this has also been pushed back. All hope is not lost, though, because Angry Robot Books will be publishing The Subjugate’s sequel – The Sensation – this October as planned, so that makes me happy. I’m very excited by the Salvation Series as The Subjugate has been optioned for TV and the book has been very well received by readers around the world, so fingers crossed!

In terms of new projects, I’ve recently finalised a SF novella trilogy which I’m in the process of taking to market now. I’ve also started writing Aurora: Atlas (Aurora #9), which readers have been waiting very patiently for (thank you!). Lastly, I have been planning a couple of new stand-alone novels and also working on screenplays – so there is more to come! 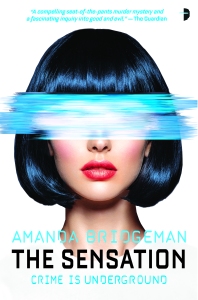 It’s hard to narrow down just one thing as there have been many different things that have been great – whether it was being shortlisted for an Aurealis Award (Aurora: Meridian), or making The Guardian’s Best SF Books of the month (The Subjugate), or being invited by publishers to write tie-in fiction, they’ve all been great. If I had to choose ‘the best’ thing, though, it would be having readers from around the world contact me to tell me they’ve loved my work, and in particular that my work has moved them to tears. I remember one male reader in San Francisco contacting me to say that he’d read a pivotal scene in Aurora: Centralis while waiting in a restaurant for a friend and he started crying – so noticeably that the waiter asked him if he was okay. That was awesome to hear! Another notable one was a female university student in Adelaide who wrote me to say that she’d had a difficult year, but that my Aurora series had helped her through it (this was around the time of Aurora: Eden). You just can’t beat that feeling – knowing that you’ve touched the hearts of strangers.

Sam Hawke’s City of Lies and Devin Madson’s We Ride The Storm have been kicking goals in the international arena.

I don’t think enough people are paying attention to Lynette Noni’s success. I have witnessed first-hand at Supanova events just how popular her books are with YA readers, including my own niece and her friends – they’re all absolutely nuts for her books. Lynette has dominated the Aussie scene and I think she’ll be soon making waves overseas.